Email Us At
info@wilmingtonhistoricalsociety.org
Call Us At
518-420-8370
Donate Now!

Unveiling of the “Cannon Prank” Legends and Lore Roadside Marker 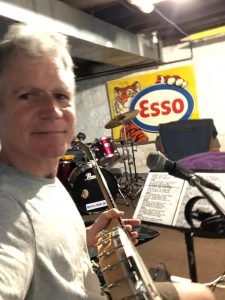 The Wilmington Historical Society invites the community to the program and unveiling of the “Cannon Prank” Legends and Lore Roadside Marker on Sunday, October 3rd at 2 pm at the Wilmington Recreational Park on Park Road in Wilmington. Wilmington Town Supervisor Roy Holzer will assist in the unveiling of a roadside marker obtained by the Wilmington Historical Society through a grant by the William G. Pomeroy Foundation. The sign, entitled “Cannon Prank” marks the location of an event that took place on July 4, 1850 and inspired legends and song. 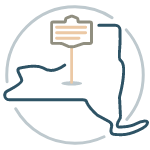 On the program is the presentation of a newly recorded version of the historic Wilmington song “The Stolen Gun” which was made possible, in part by the Essex County Arts Council’s Cultural Assistance Program Grant with funding provided by Essex County and recorded by musician and educator Dave Ruch. In addition, a reading of the 19th century “Chronicles of Wilmington” tells the story of the event along with excerpts from the autobiography of Lucius Evans Avery, grandson of Reuben Sanford, an early founder of Wilmington. The program is a preview of a series of events that will take place in 2022 to celebrate the 200th anniversary of the Town of Wilmington. 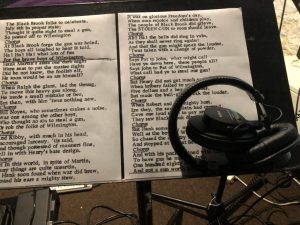 The Wilmington Historical Society’s program will recount the legend in story, chronicle and song of the July 4th, 1850 prank when a group of men from the neighboring village of Blackbrook stole Wilmington’s small cannon in jest. The cannon’s disappearance was discovered as townspeople were setting up for the Independence Day celebrations including the firing of the cannon. Wagon tracks were soon discovered leading toward the village of Blackbrook. The cannon was found and with much bravado the Wilmington men retrieved their cannon in time for the day’s celebrations. A written whimsical “Chronicles of Wilmington” tells of the skirmish. The legend grew as Wilmington and Blackbrook’s good-hearted “feud” continued and became conflated with a second Wilmington cannon of the Civil War era. A song entitled “The Stolen Gun” was composed with original lyrics to the tune of the popular mid-1800s melody, “Dandy Jim”. Wilmington Historical Society President Karen Peters, one of the presenters, noted, “This folklore is significant in that it celebrates the legend in literature and song so that Wilmington can remember its past with a comprehensive telling. We are excited about our new Legends and Lore marker and the accompanying music recording which are both remembrances of our early history. It makes our town unique in that we have a legend written in Chronicle, story and song.”

The program and unveiling of the “Cannon Prank” Legends and Lore Roadside Marker on Sunday, October 3rd at 2pm is free and open to the public, made possible, in part, by the William G. Pomeroy Foundation and the Essex County Arts Council’s Cultural Assistance Program Grant with funding provided by Essex County.